Get fresh music recommendations delivered to your inbox every Friday.
We've updated our Terms of Use. You can review the changes here.

by Lauren the flute 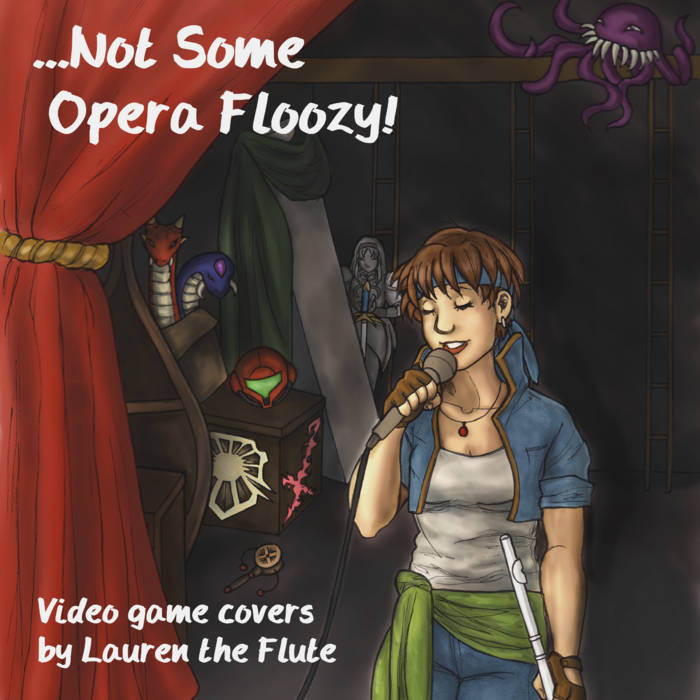 Bryan Clark Because Lauren is as talented as she is compassionate towards gaming and my god it knows no bounds. She is proving that you can make any song, no matter how hard or soft sound beautiful.

Zeroumus With extensive vocal and piano accompaniment added to her impressive flute work, Lauren the Flute's latest set of covers is by far her best yet. She takes the serene beauty of these songs and amplifies it, creating a wonderfully evocative experience. Favorite track: A Wish/Crystal Forest (Secret of Mana).

Continuing a birthday tradition, I've decided to release a new bandcamp album! This time, there's a unifying theme: these are from some of my absolute favorite games. Some of them are well-known and some are a bit more obscure, but they've all got amazing music and they're all fantastic games. (You can probably tell I've got a soft spot for JRPGs from the 16- and 32-bit eras.)

I'm also branching out into more singing, as reflected in the cover art here. I love to sing.

Lauren loves video games, particularly old-school RPGs. She's played flute off and on since she was 12 years old, taking an extended hiatus before entering the VGM scene. She was formerly a member of Descendants of Erdrick and has played with Those Who Fight and The World Is Square, and she contributes to fun albums by other awesome VGM people. Now she's fronting a new band, The Returners. ... more

Bandcamp Daily  your guide to the world of Bandcamp

Quelle Chris joins the show to discuss his most recent release, "DEATHFAME"